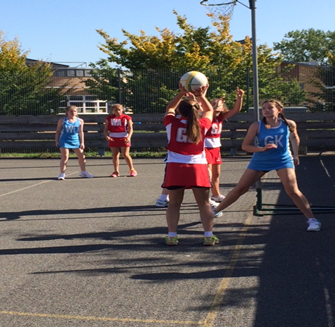 Young Netballers get Competitive in Cambridgeshire!

Cambridgeshire has not been void of competition for our youths but it became apparent through the junior clubs that the young people in the county wanted more flexible competitive matches for a longer period during the netball season.  A new Junior Development Group (JDG) was formed under the County Netball Association to bring about this change.

Junior Club representatives were part of this group and quickly got to work to embrace all the ideas from across the county.  From this group a new competitive structure was created and a funding bid ‘Young Netballers get Competitive’ was submitted to Sport England, to support this venture.

After several months of hard work the group received the support of Sport England funding and it was all systems go!

On the 26th September 2015 all the new clubs and teams played in a tournament from 10am – 4pm.  26 teams competed in the sunshine, to then be graded into the relevant divisions for the forthcoming league.  Comberton Netball Club hosted the tournament and set up at the crack of dawn ready with refreshments, trophies, certificates and even sweets for all the competitors.

It was also an exciting day for our Beginner umpires who worked extremely hard alongside our experienced officials to make this a most successful event.

The new league is now in place with 33 teams competing in two divisions, using two venues in the South and North of the County.   The first of the league matches took place on Sunday 11 October 2015, again in the sunshine.  It was fantastic to see every netball court full of enthusiastic young netballers with the parents, coaches and managers all cheering on their teams.

Everyone is looking forward to exciting times ahead with junior Netball in Cambridgeshire!