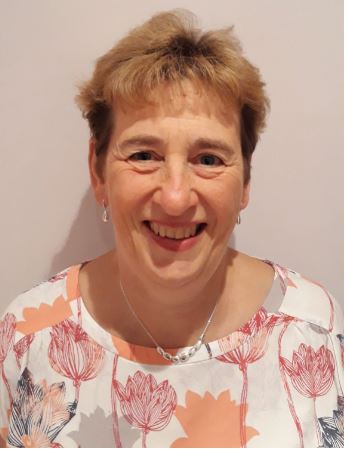 East Honorary Life Membership was awarded to Yvonne Adshead in recognition for her outstanding contribution, support and commitment to the East region.  Yvonne is a long serving volunteer in Hertfordshire and the East region, The award was made at the East Region Goalden Globe presentations that took place on Sunday 22nd November 2020.  Due to the COVID-19 restrictions the event was delivered via a celebration video which was released through Netball East's social media platforms.

'East Honorary life membership is awarded to persons who have given exceptional service to Netball East or netball in the East at a regional level. This is not necessarily about long service (the other long service award should cover this) but the nature of the service.

HLMs are to be lifelong ambassadors for the sport. They may have provided this service over a short intensive period or over many years. The regional element is important to consider. This might be influence regionally, providing some kind of a legacy to the game regionally albeit from a county or local base. The person must be considered by others to demonstrate, to an exceptional level, the values of EN.'

Yvonne has been involved in our sport for many years, mainly in officiating and administrative roles as a volunteer.

She gained the top national umpiring award and is currently a qualified Umpire, Tester, Tutor, mentor and table official.

Having served on League, County, Region and National committees in various capacities she is still active today in a number of roles.

She has tutored all levels up to A award, EN Officiating and make the Game Live conferences, Regional accreditation programmes for tutoring and assessing, New Rules forums and overseas in Germany, Wales, Malta and UAE.

Her assessing roles include EN A Award Lead Assessor, Assessor Tutor and Supervisory Assessor. She assesses at every level up to A award and has assessed in Malta, Germany and UAE.

Recognised as one of the most experienced mentors within Netball who has written and delivered the East Region mentoring programme and is an accredited mentor for East Region and has mentored candidates for the Netball Europe written papers.

Yvonne is a current East Region Board Member and Chair of the East Region Programming Group and jointly led the strategic review of Netball East.  She has a role on the Hertfordshire County Officiating Technical group and is a past member of EN officiating Strategy group and East Region Officiating TSG

An exceptional volunteer who continues to give excellent service to Netball East, county and across Europe. She is a great ambassador for our sport and upholds the values of EN.

For her contribution to netball, particularly in respect of officiating, Netball East Life Membership is awarded to Yvonne Adshead.

Netball East would like to extend our warmest congratulations to Yvonne.