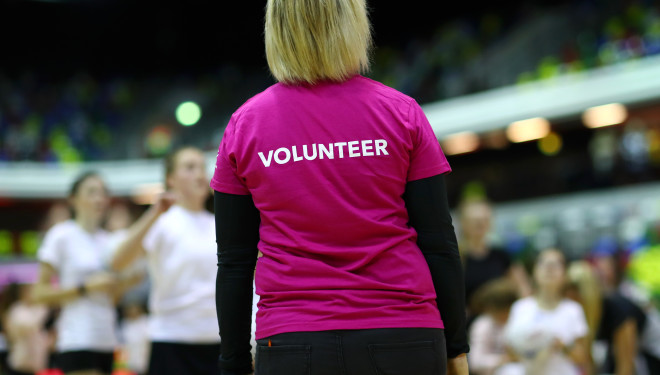 To lead the way in implementing this vital strategy, which is the first volunteering focused strategy introduced at England Netball, we recently welcomed Imogen Greatbatch to the team as the new Head of Volunteering.

Imogen’s role will focus on bringing the strategy to life and building a volunteer movement in netball.

She said: “At England Netball we want to recognise the vital contributions that volunteers have made over the years and ensure that we are continuing to support them, through appealing to their motivations and enhancing their experience, inspiring more people to get involved.

“I feel extremely privileged to be in this new role and to be leading the launch of this exciting and ambitious vision for netball volunteers. I have been lucky to feed into the development of the strategy through my volunteer role as a former North West Regional Chair, witnessing first-hand the effort and appetite from England Netball staff and volunteers, across the country, to support each other to enrich more lives through netball.

“We have been working hard to create this strategic framework that will help us raise awareness of volunteering opportunities and tailor this support. We know there are different motivators for people getting involved in netball at varying points throughout their life, so it is important to understand how we need to meet these different motivations.

“I’d like to say a big thank you to all the fantastic volunteers for their continued support, they are the life and soul of netball and I can’t wait to continue to work closer with as many of them as possible to bring it all to life.”

Here are a couple of links to the new volunteer strategy