Wendy Hale was an outstanding school teacher who actively supported young talent in Essex. The award was introduced by East Essex in honour of the late Wendy Hale. This award is given out by East Essex annually, to an outstanding talent. East Essex and clubs like Essex Met continue to honour this inspiriting and dedicated lady by running annual netball rally’s and awarding young athletes in her name

Sophie Panons, Regional academy athlete was selected to be the recipient of this award for 2014/2015. Sophie was selected because of her commitment to netball, her determination to improve and always playing and training at her best. Through her hard work and positive attitude Sophie has improved enormously this year and she is an outstanding role model for younger players in Essex and in her local club and school.

Sophie, RA Braintree, said “My mum knew about the award and kept it a secret from me for a few months, I was asked to attend the final screening session in Basildon on the 9th July and to wear my Regional Kit. I was unsure why I was asked to go along; my Mum said it could be to talk to the athletes about my success so far, as I had previously attended a Satellite session to do the same thing.  I was feeling nervous as I arrived, I knew some of the athletes there, they came up to me and said “why are you here Sophie” I replied “I don’t know” with a nervous smile. There were lots of familiar faces around, Sue Peters, Trudy, Chris Laundy, Jeremy Crook, Cathy Chart, Stephanie Hart and a few others from my Club (Flames). All the girls sat down and Jeremy began talking about me and how I play, then invited me up to stand in front of all the girls, he then went on to say I was here to receive an award.  I was confused, excited, nervous, then Chris Laundy came over and spoke about me and that I received a Jack Petchey Award last year and how I spent the money on Sasha Corbin coming to a training session and if you work hard like I do they could all achieve the same.  Chris said some really lovely words about me; she then presented me with the trophy. My emotions got the better of me and I began to cry with happiness and pride, I was so overwhelmed by it all and shocked that I had been recognised for my commitment and passion to the sport I love to play. Everybody was congratulating me and saying how much I deserved it and how the award is a big honour to receive, it made me cry even more.  Also I knew my parents would be so proud of me and like I said before if it wasn’t for their support and my mum being my taxi I wouldn’t be able to achieve everything that I have so far.  I couldn’t be more proud of myself at this moment in time and I will continue to push myself in training and when I play to become a better player.” 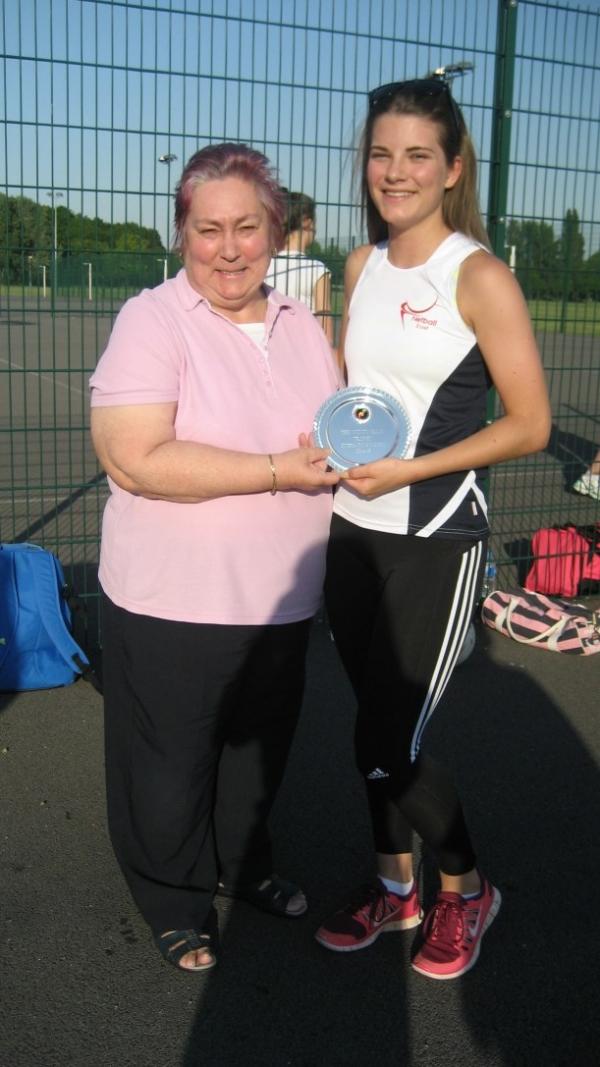