On Saturday 11th July 2015, Hertfordshire County Netball association invited adults with Learning Disabilities to come together at Hertfordshire Sports Village to partake in an annual Netball Festival. With the sun shining and big smiles the day kicked off with an Introduction by Janice Cook, Chair of Hertfordshire County Netball Association and Rebecca Gray, Hertfordshire NDO. The group were then split in to three teams and sent off to an activity station which included; Crazy Catch, Shooting, Passing in groups and Targets. Each team collected the points for every station on every successful catch, shot, pass or target hit.

The teams included a mixture of Special Olympics- St Albans and Leisure Direct- North Herts, 20 participants overall. With 10 minutes at each station, Claire, Leisure Direct Group leader, said ‘’It’s great to see the participants get the chance to improve at the different activity stations”.

After a quick break to refuel, the teams then went head to head in matches. Each team played each other in 10 minute halves. The competition was very tough with some fantastic netball skills and great goals being scored. At the end of the games the scores were added on to the overall score of the teams’ activity scores.

The presentation was then held by Janice Cook and the overall winners were ‘The Supersonics’ who walked away with gold medals and a trophy. All participants received a medal and certificate, as well as 5 participants got awarded by the umpires ‘Team player of the day’ and walked away with a special medal.

Rebecca Gray said ‘’I’ve always had a passion for Disability Sport ever since I studied a module at University and when I started this job I was thrilled to be able to be involved in Disability Netball. It is very rewarding as the participants love being involved and enjoy being in a team with their friends. It’s great to see an improvement in the participants by the end of the session and the happiness as they receive their certificates and medals of achievement. We currently run 4 sessions in Hertfordshire with organised groups including Dacorum Mencap and Special Olympics, and I’m always looking to develop new sessions in different areas.” 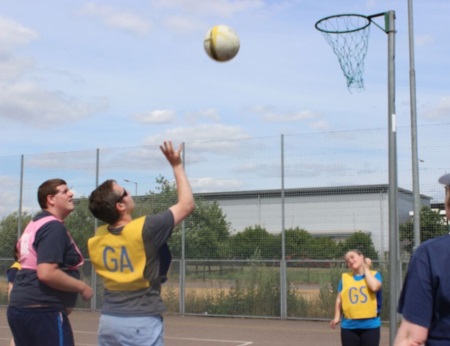 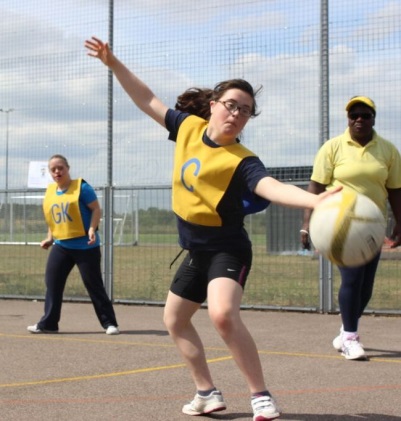 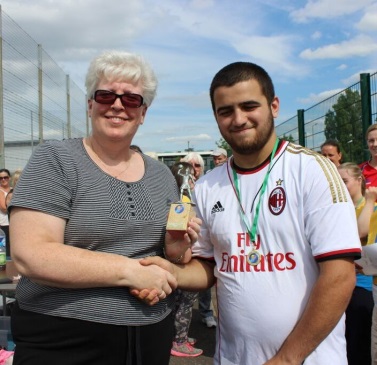