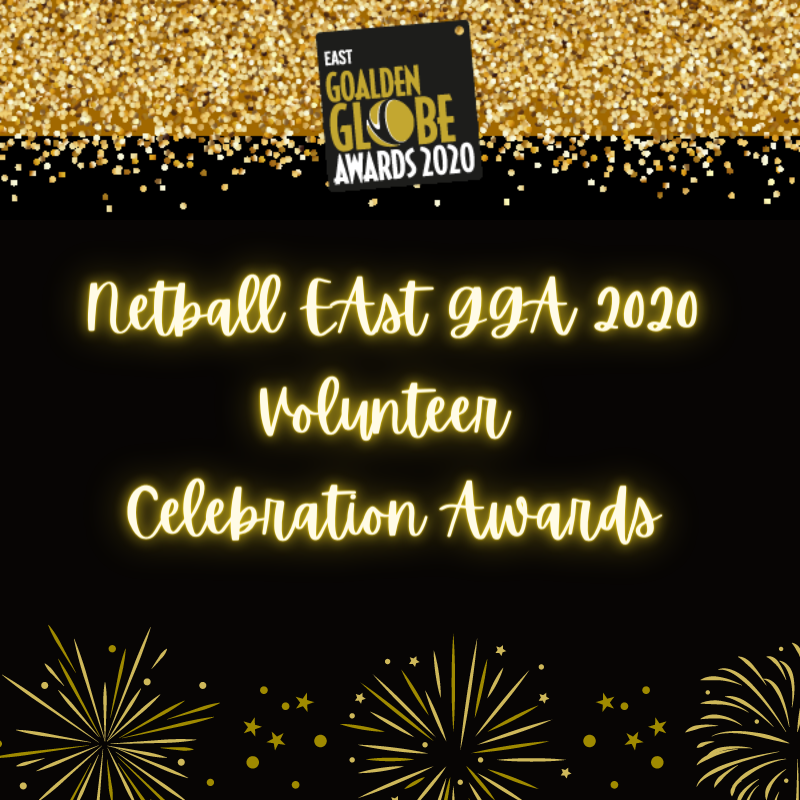 On 22nd November 2020, the East region came together to celebrate their first GGA volunteer recognition awards through a video presentation on social media.  In total we received a whopping 53 nominations across all 8 categories, which is a huge achievement.   Nominees and guests joined Netball East on Facebook at 2.30pm to help celebrate netball in the region and honor the volunteers who have been invaluable in helping to grow Netball in the region.

The event showcased each category where the nominees provided personal insight into the fantastic work they do, followed by a volunteer recognition awards ceremony,  Well done to all our fantastic nominees on being nominated this year .

Congratulations to all our winners who will now go forward to be nominated for the England Netball Vitality Goalden Globes 2020. Due to the COVID-19 restrictions, the National event will be delivered virtually on Thursday 10th December at 7.45pm, where the National Winners will be announced.  Our very best wishes and good luck to all the East winners for the National event.

It was a lovely afternoon celebrating the amazing work and valued support given by our volunteers and the achievements of those within East region.