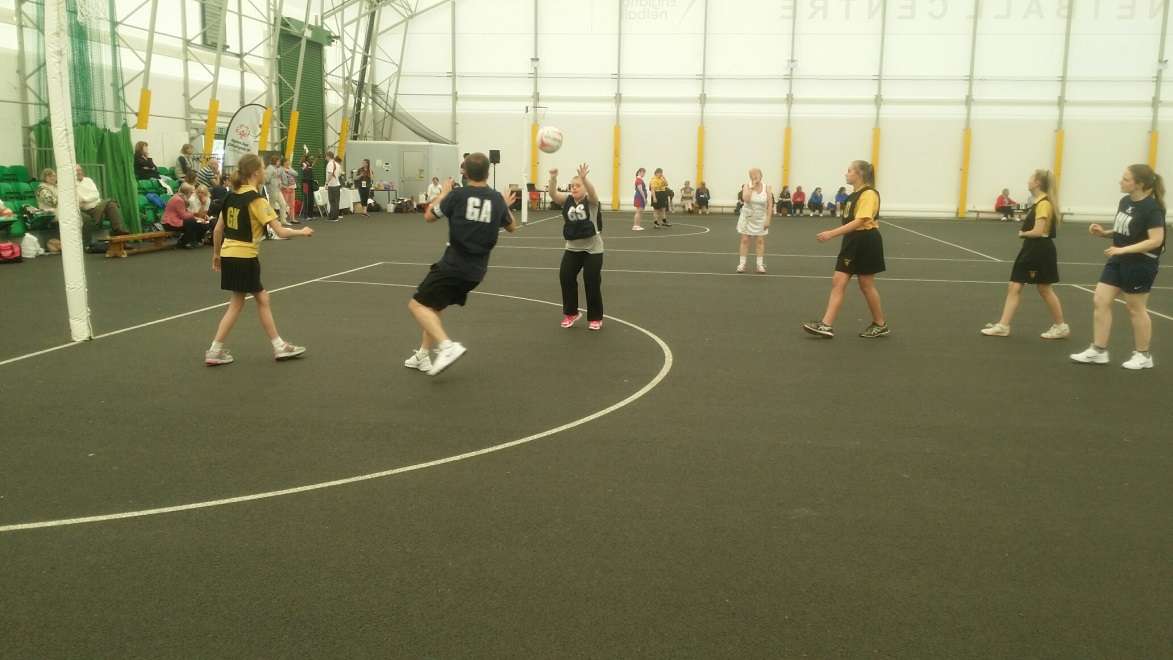 On the 6th June 2015, Hertfordshire’s St Albans Special Olympics Netball Squad (Active SOSA) took to the courts at Soar Valley in Leister for the Annual Marion Smith Championships.
Active SOSA are a team combined of adults and children with learning disabilities. They have been training Netball since September 2014 at Westminster Lodge, St Albans. The sessions are funded through a Sport England Sportivate project and Hertfordshire County Netball Association. The team turn up early every week, keen and ready to get involved, showing fantastic team work and Netball skills.

Their Coach Louise Blay of Kardale Netball club commits fully to ensure the team have a safe, fun and progressive session week in and week out. She states “I was so impressed with the attitude of the team on the day. They are such positive and inspirational people. They made me really proud to be their coach.  I love seeing them enjoy playing netball and I love being able to give them that opportunity!”

"Considering our team had only been training for a few months, they did brilliantly, winning 8-4 in one of their games".